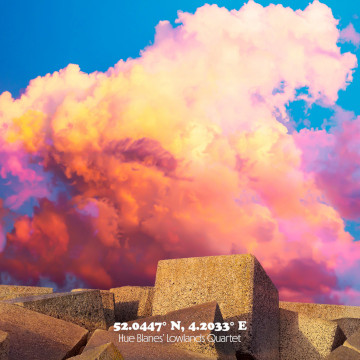 ’52​.​0447° N, 4​.​2033° E’ a Jazz album by Hue Blanes’ Lowlands Quartet. I met Hue through Vito Viçar (who alos plays guitar on most of the record) and we talked about doing a more produced through composed jazz album than the more traditional ‘live registration’, this is the result. I co-produced and did sound design alongside Hue, engineered the recording alongside Tomas Velcka and played bass and drums on ‘For Keith’.